On September 11th, 2018 (Tue) at the Yomiuri Giants Home Game at Tokyo Dome, a tie-up event with the Touken Ranbu：The Musical will be held!
On the day of the event, there will be several performances by Touken Danshi cast, who will also feature in the exclusive radio broadcast that can be listened to only inside Tokyo Dome. There will also be a fan merchandise set that includes tickets for the game. 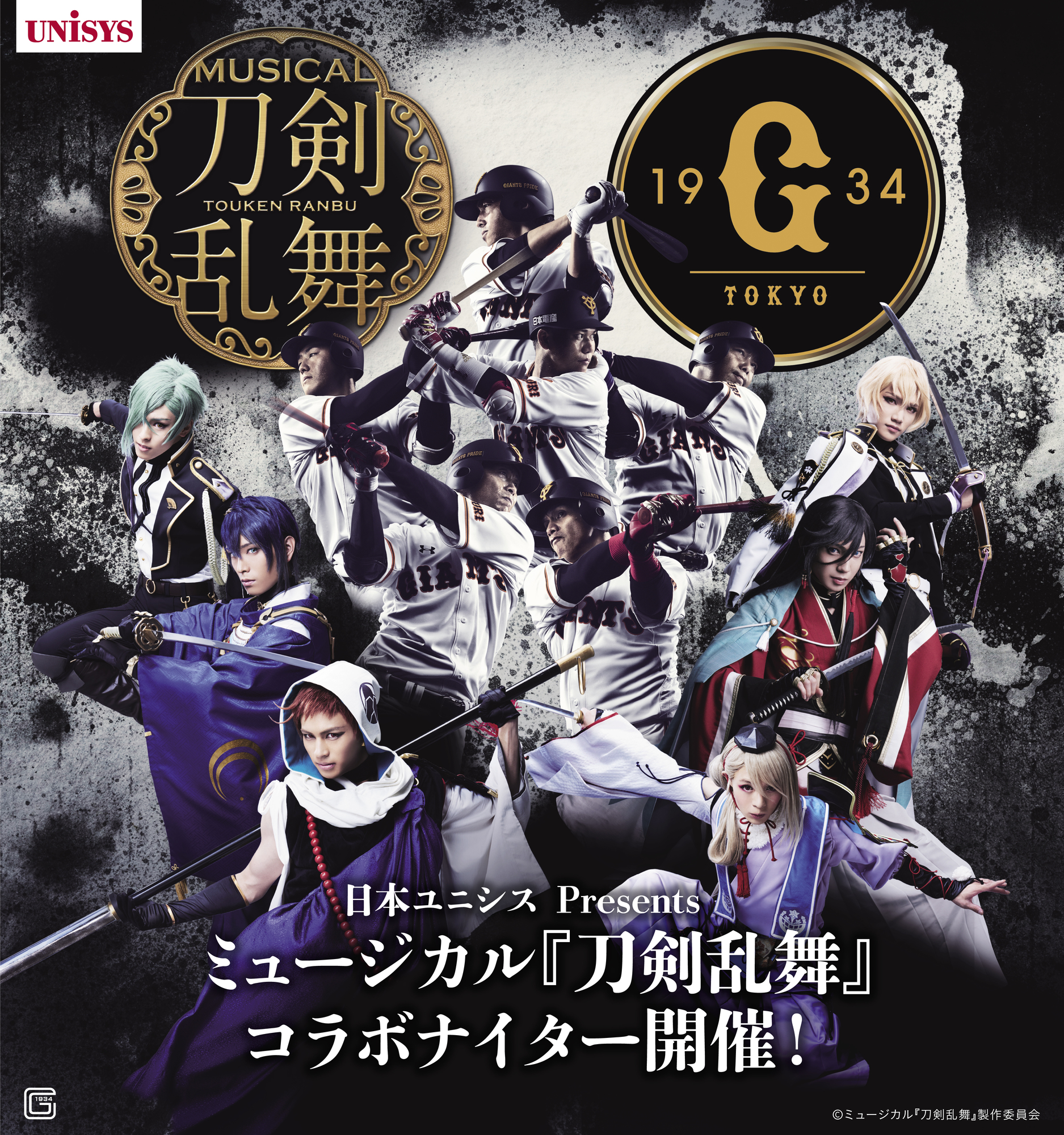